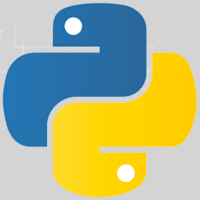 Python was conceived in the late 1980s as a successor to the ABC language. Python 2.0 got released in 2000. This release introduced features like list comprehensions and a garbage collection system. Python 3.0 was released in 2008 and it is considered to be a major revision of the language. Due to this Python 3 is not fully backward-compatible. Most of the Python 2 code requires modification prior to running it on Python 3. Python 2.7.x, was officially discontinued in January 2020.

Python emphasises code readability as it is meant to be an easily readable language. Code formatting in Python is visually uncluttered, and it often uses English keywords where other languages use punctuation. Python aims to help programmers write clear, logical code for small as well as large-scale projects.

Core philosophy of Python language is summarized in the document The Zen of Python as:

You can also see by running “import this” command (without qoutes) on your python terminal.

Special cases aren’t special enough to break the rules.
Although practicality beats purity.
Errors should never pass silently.
Unless explicitly silenced.
In the face of ambiguity, refuse the temptation to guess.
There should be one– and preferably only one –obvious way to do it.
Although that way may not be obvious at first unless you’re Dutch.
Now is better than never.
Although never is often better than *right* now.
If the implementation is hard to explain, it’s a bad idea.
If the implementation is easy to explain, it may be a good idea.
Namespaces are one honking great idea — let’s do more of those!
Python is often described as a “batteries included” language due to its comprehensive standard library. Python does not include full functionality in its core. Rather Python is designed to be extensible with the help of its comprehensive standard library.

Python is also is known as “garbage collected” and dynamically typed language. The term garbage collection refers to the automatic memory management. That simply means, object that are stored in memory, if they are deleted, memory reclamation is initiated automatically.
Some of the use case domains where python is used extensively:

When you learn, know it / When you know, Share it:

I am a virtualization and cloud Consultant. Also a VCI and MCT. I am in IT industry since last 13 years and worked across various technologies. vExpert since 2016-present View all posts by Abhijeet D

This site uses Akismet to reduce spam. Learn how your comment data is processed.

Knowledge is meant to be shared. #VMware